Dr. Twerskoi, known by his staff and patients as Dr. T, studied dentistry in Germany, West Berlin, where he attained his German DDS degree. After completing his residency at Hadassah Hospital in Jerusalem, Dr. Twerskoi opened a dental office in Berlin, where he practiced dentistry for over 10 years. During that time, Dr. T also completed his PhD at the Humboldt University in Berlin, focusing his dissertation on decay prevention in children. In addition to dentistry, he pursued his interest in economics, and studied Economy at the European Business School. In 2001 Dr. Twerskoi attended the University of Colorado Dental School, where upon graduation he received the license to practice dentistry in the United States. He has been placing implants since 1992, and has since placed several thousands of them both in Europe and in the United States.

While not in the office, Dr. Twerskoi can be found skiing, hiking, playing table tennis, or motorcycling. Dr. T's hobbies also include archery and geo-politics. 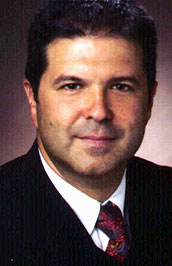